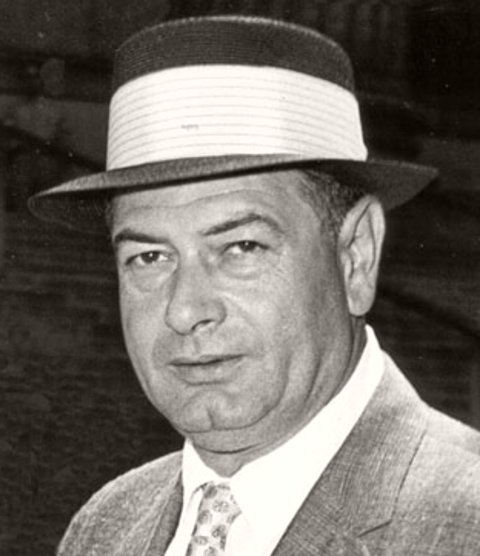 Rosario "Roy" Carlisi was born April 10, 1909, in Chicago. His parents, Giuseppe and Calogera Cassaro Carlisi, were originally from the Sicilian province of Agrigento. While in Chicago, Giuseppe was involved in bootlegging activities and was reported to be a member of Al Capone's underworld "Outfit."

In 1931, the Carlisi family moved from Chicago to western New York and opened a restaurant/tavern. Roy and Giuseppe Carlisi partnered in bootlegging enterprises with Calogero Romano and apparently did so with the approval of the Magaddino Mafia. Romano, owner of a tavern on Buffalo's lower west side, was a close associate of boss Stefano Magaddino. Roy Carlisi's marriage to Romano's daughter Filippa (Fanny) strengthened his relationship to his Mafia superiors.

In 1933, Roy and his father were questioned by Buffalo police during the investigation of the murders of Vincent and Salvatore Callea. The Calleas, supported by Mafia elements from outside western New York, had set themselves up as rivals to the Magaddino organization.

During the 1930s, Giuseppe Carlisi relocated back to Chicago. On a visit to that city in December 1937, Roy Carlisi was arrested for the first time. He and his father were charged with possession of untaxed liquor after a 300-gallon still was seized by Alcohol Revenue Agents. The charges were later dismissed in federal court.

Three years later, Roy Carlisi established the C&C Market, a wholesale seafood company in Buffalo. His underworld connections afforded him a monopoly on the wholesaling of clams in the Buffalo area, and he became known as "Roy the Clam Man." His monopoly would linger through several decades.

Carlisi, Frederico Randaccio and Willie "the Whale" Castellani were questioned at length by police after the 1945 murder of anti-gambling crusader Edward Pospichal.

Carlisi opened Club 97 in 1948. The bar/restaurant became a popular night spot for members of the Buffalo underworld. During the 1950s, Carlisi reportedly became a close associate of Stefano Magaddino and his Buffalo underbosses John Montana and Frederico Randaccio.

Carlisi was part of the western New York delegation rounded up by New York State Troopers and U.S. Treasury Department agents outside of Joseph Barbara's Apalachin, New York, home on Nov. 14, 1957. He was among the scores of Mafiosi taken into custody and questioned as they left Barbara's residence and encountered a police roadblock.

As the FBI joined the fight against organized crime following the events at Apalachin, the Bureau's Buffalo Field Office labeled Carlisi a "top hoodlum" in its territory and kept him under intense scrutiny.

During a grand jury investigation into the Apalachin convention, Carlisi refused to answer questions 77 times, despite a grant of immunity from prosecution and a court demand that he testify. As a result of his defiance, he was charged on March 7, 1958, with 15 counts of criminal contempt. He was found guilty and sentenced to a 60-day term in prison.

Carlisi's underworld involvement came to the attention of the New York State Liquor Authority, which revoked his liquor license forcing the closure of Club 97. The authority determined that Carlisi's failure to disclose his 1937 arrest on his liquor license application was a violation of its regulations.

A chart presented in 1963 to Senator John McClellan's committee investigating organized crime identified Carlisi as a lieutenant in the Magaddino Mafia.

Carlisi was among the three dozen men, including Joseph DiCarlo, Frederico Randaccio, Pasquale Natarelli and Joseph Fino, arrested during a May 8, 1967, police raid at Panaro's Lounge. Charges of consorting with known criminals were later dropped in Buffalo City Court.

Despite his ties to Magaddino, Carlisi became a strong supporter of a rebel Buffalo underworld faction in 1969. He was offered the leadership of the breakaway Buffalo Crime Family but refused it, fearing the additional law enforcement scrutiny that would result. The organization selected Sam Pieri as acting boss, Joseph Fino as acting underboss and Joseph DiCarlo as acting consigliere. 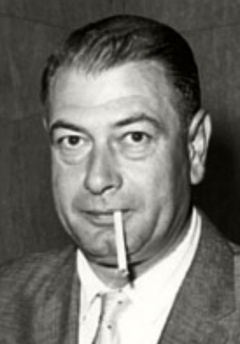 A Rochester, New York, Mafia organization commanded by Frank Valenti also sought its independence from Magaddino and won the support of the Buffalo Crime Family. Leaders from Buffalo and Rochester met at a Batavia restaurant on June 2, 1970, apparently to discuss the matter. Police officers raided the meeting and arrested Carlisi and Fino, as well as Rochester leaders Valenti and Rene Piccaretto. The four men were charged with loitering and suspicion of intent to commit a crime.

During the 1970s, Carlisi played an important advisory role in the Buffalo Crime Family and helped to oversee mob control of Laborers' Local 210 in Buffalo. He largely avoided the attention of law enforcement by focusing on his business roles as owner of C&C Market and co-owner of the Turf Club restaurant on Buffalo's lower west side.

Excellent work as always. Perhaps mention a bit about Carmen "Sam Drago" Carlisi? I know it's outside the scope of Buffalo, but makes for interesting connections.

Turf Club! Was good !
My Mom worked there.

Lived around the corner from the Turf Club