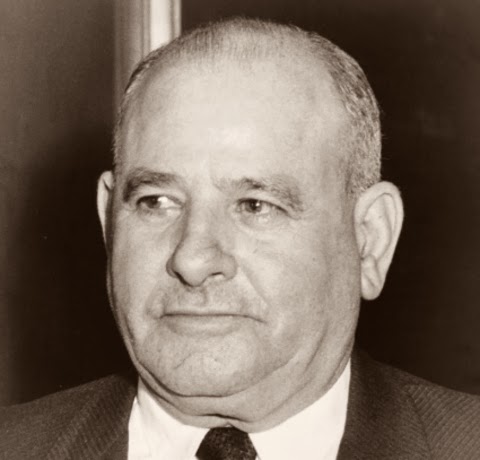 Stefano Magaddino was born in Castellammare del Golfo, Sicily, on Oct. 10, 1891. He was the third of eight children born to Giovanni and Giuseppe Ciaravino Magaddino. At the time of his birth, the Magaddino clan and its relatives were embroiled in a bitter underworld feud with the local Buccellato family.

Stefano arrived in the U.S. aboard the S.S. San Giorgio on Feb. 7, 1909. He settled in a Castellammarese colony in the Williamsburg section of Brooklyn. Though a number of Mafia families existed in the New York area at that time, Magaddino was inducted into the underworld society in a ceremony held in Chicago. He was regarded as a leader of Castellammarese Mafiosi in the U.S., a group that became known as "the Good Killers."

In 1916, a flareup of gangland violence in Castellammare del Golfo took the life of Magaddino's brother Pietro. Camillo Caiozzo, believed to have been an accomplice in Pietro's murder, fled Sicily for New York. Magaddino responded by plotting Caiozzo's murder. In 1921, Caiozzo's dead body was pulled from a cove of the Shark River in New Jersey. Caiozzo's killer, Bartolomeo Fontana, confessed to the crime and told authorities that Castellammarese Mafiosi had forced him into it. Magaddino and several members of the Good Killers were arrested as conspirators in Caiozzo's murder. Charges were later dropped against the Good Killers, though Fontana served about 20 years in prison.

Magaddino traveled throughout the U.S. and became well known in Buffalo in the early 1920s, as local Mafia boss Giuseppe DiCarlo was forced by declining health into retirement. Upon DiCarlo's death in the summer of 1922, Magaddino was chosen as his successor.

The following year, Magaddino brought his brother Antonino to Buffalo from Castellammare. Antonino became a trusted adviser, as Magaddino set up a Niagara Falls, NY, headquarters for the Mafia of western New York. Angelo Palmeri and Filippo Mazzara, Castellammarese Mafiosi who held leadership positions under DiCarlo, oversaw operations within the city of Buffalo.

Magaddino was naturalized a U.S. citizen in 1924.

In the Prohibition Era, Magaddino's western New York crime family was ideally positioned to control the flow of illegal liquor into the U.S. from Canada. Bootlegging dollars greatly enhanced Magaddino's wealth and influence.

A war between Mafia factions erupted, as Masseria was opposed in New York by forces led by Magaddino ally Salvatore Maranzano. Treachery in the Masseria camp led to Joe the Boss's assassination in spring 1931. Maranzano briefly served as Mafia boss of bosses until his own Sept. 10 assassination. Following the violence of 1930-31, the U.S. Mafia abandoned the boss of bosses position and established a representative Commission to settle disputes among crime families. Magaddino was chosen in 1932 as one of seven Commission members.

With the repeal of Prohibition, the western New York Mafia focused its attention on the control of illegal gambling. In 1936, a gang of rebellious bookmakers opposed Magaddino's tax on their profits. Magaddino's sister was killed in a bomb explosion at her home. Leaders of the rebel organization were executed over the following year.

The regional Mafia extended its territory into southern Ontario, Canada, and central New York in the 1940s and 1950s. It also came to control Buffalo Local 210 of the Laborers Union. John Montana, who moved into the position of Magaddino's Buffalo-based underboss, was a leading businessman and political figure in the city and helped the Magaddino Mafia secure its connections to local government.

On Nov. 14, 1957, New York State Police and agents of the U.S. Treasury Department broke up a convention of leading Mafiosi at the rural Apalachin, NY, home of Joseph Barbara. Scores of underworld figures were rounded up and identified. Magaddino brother Antonino, son-in-law James LaDuca and underboss John Montana were all taken in and questioned by police. Magaddino reportedly escaped detection at the event by hiding within a secret room at Barbara's estate.


American and Canadian authorities broke up a regional narcotics ring in 1961. The operation had been approved by Magaddino, who regularly took a share of its profits. Among those arrested were brothers Alberto and Vito Agueci, Magaddino underlings from Canada. The imprisoned Aguecis expected but did not receive Magaddino protection and support. Alberto was freed on bail after his wife borrowed money and sold the family home. He reportedly intended to confront Magaddino and demand that the boss provide bail for Vito Agueci's release, threatening to expose Magaddino's involvement in the narcotics ring if Vito was not released. On Nov. 23, 1961, Alberto Agueci's charred corpse was found in a cornfield near a suburb of Rochester, NY.

A year later, the FBI installed electronic eavesdropping equipment in the Magaddino Memorial Chapel, a funeral home that served as the principal meeting place for Magaddino and his underworld associates. The device gathered enough information within three years to fill 70,000 transcribed pages.

Magaddino was identified as "irrefutable boss" of the Mafia of western New York and southern Ontario before the McClellan Senate Investigating Committee in 1963. 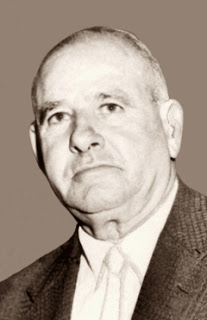 In 1964, following the reported kidnapping of New York City crime boss Joseph Bonanno (Magaddino's cousin), newspaper columnist Walter Winchell reported that Bonanno was being held by Magaddino at a farm in upstate New York. Magaddino was subpoenaed in May 1965 to appear before a special grand jury probing the Bonanno disappearance. Magaddino did not testify, as he developed coronary symptoms the next day and was hospitalized. The press noted that it was the second time in five years that Magaddino health problems neatly coincided with a government demand for his testimony.

Federal law enforcement launched determined strikes against the leadership of the western New York Mafia in 1967. In December of that year, Magaddino lost his two top men in Buffalo - Frederico Randaccio and Pasquale Natarelli - to long prison sentences. Magaddino began pleading poverty to his remaining lieutenants, demanding greater shares of their profits and eliminating bonuses he had previously awarded them.

Stefano Magaddino, his son Peter and several bookmakers and collectors were arrested the following year following an FBI investigation of a sports betting ring. A search of Peter Magaddino's home turned up nearly a half-million dollars in cash. Buffalo Mafia leaders used the reports of the discovered cash to ignite a rebellion against the Magaddino administration.

In July 1969, the rebel faction selected Sam Pieri as its acting boss, Joseph Fino as acting underboss and Joseph DiCarlo as acting consigliere. A demand for Magaddino's resignation as boss was refused, and the rebel group brought its case to the national Commission. The Commission took no action against its longtime member, apparently content to await the death of "toothless tiger" Magaddino.

More health problems impaired the government's ability to bring the western New York crime boss to trial. Arraignment in the bookmaking case had to be conducted in the bedroom of Magaddino's home. Doctors determined that the aging Magaddino was too frail to appear in court.

In 1973, an FBI refusal to identify an informant used in their bookmaking investigation led to the charges against Magaddino being dismissed.

Stefano Magaddino suffered a heart attack and died July 19, 1974. he was buried in St. Joseph's Cemetery in Niagara Falls.

this is a novel of misinformation,and misinterpretation.he never hurt anyone,he was a victim of false accusation and finger pointing, because of his immigrant status.he helped a lot of people, who had no one else to turn to.the maggadino family ran a funeral home business,pure and simple. providing a necessary service to the public,in a time of need.this fairy tale you wrote is all innuendo,and not based on actual fact.this smear campaign your running,is a slap in the face of all Italians.