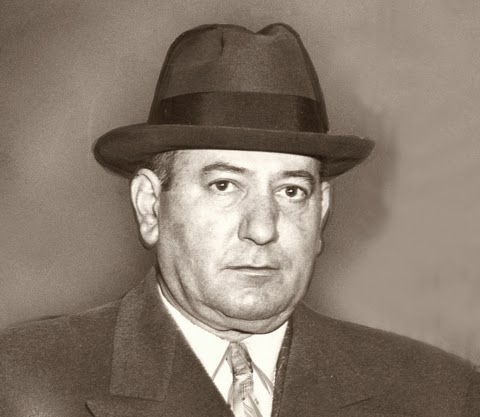 Antonino "Nino" Magaddino was born to Giovanni and Giuseppa Ciaravino Magaddino in Castellammare del Golfo, Sicily, on June 18, 1897. His family was prominent in the local Mafia, and at the time of his birth the Magaddino's were engaged in an underworld feud with the Buccellato clan, also of Castellammare.

Magaddino's first arrest was recorded in Sicily when he was just a teenager. His police record grew considerably in a short time. He was charged early in 1916 with falsifying a passport. On March 15, 1916, he was arrested for conducting "clandestine activities." He was released a month later. On Aug. 14 of that year he was arrested and charged with a double-murder in Castellammare, likely a flareup in the Magaddino-Buccellato feud. Magaddino's older brother Pietro and Giovanni Buccellato both had been murdered in July 1916. Magaddino was discharged in 1917, when authorities decided that the available evidence was insufficient for prosecution. 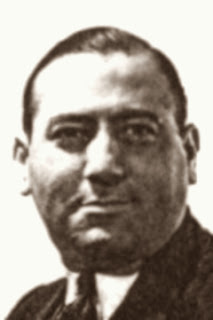 Nino Magaddino married Vincenza Vitale in Castellammare on Feb. 2, 1922. A short time later his brother Stefano, who had risen to command of a Mafia organization in western New York, called him to the U.S. to help manage regional bootlegging rackets. Nino Magaddino arrived in the U.S. aboard the S.S. Patria on Nov. 1, 1923. He immediately became Stefano's trusted aide.

Though Magaddino was on the other side of the Atlantic, he still managed to continue to get in trouble with Italian authorities. In June 1928, he was charged with violating immigration laws. In November of that year, he was charged with robbery, rape and extortion, in connection with events that took place years earlier. All those charges were dropped by 1931. In 1948, Magaddino was naturalized a citizen of the U.S. His wife and children traveled to the U.S. and joined him in Niagara Falls in 1950.

During the 1940s and 1950s, Nino Magaddino supervised gambling rackets in the Niagara Falls region.

Magaddino was among the scores of Mafiosi taken in for questioning when New York State Troopers and agents of the U.S. Treasury Department broke up a Nov. 14, 1957, gangland convention at the Apalachin, NY, home of Joseph Barbara. Other attendees from the western New York Mafia included John Montana, James LaDuca, Roy Carlisi, Sam Lagattuta and Domenick D'Agostino. Magaddino was apprehended as he attempted to flee from Barbara's home through a wooded area.

When questioned by police, Magaddino said he was in Apalachin by accident. He insisted he was driving Montana to New York City for a business meeting, when car trouble forced them to drop by the home of his acquaintance Joseph Barbara for help.

A 1958 grand jury investigating Apalachin called Magaddino as a witness but learned nothing new from him. He refused to answer its questions, invoking the Fifth Amendment 24 times. He was subsequently indicted for conspiring to obstruct justice. The following year, federal agents attempting to serve Magaddino with papers stemming from the indictment could not locate him. He became the subject of a nationwide manhunt.

The charges against Magaddino were dropped in 1960, after an appeals court threw out obstruction convictions against other Apalachin attendees.