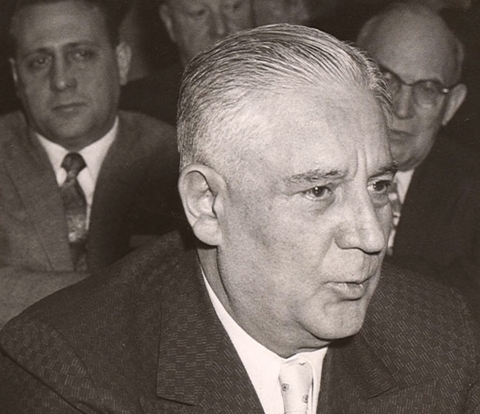 Montana began his business career at an early age. While still in grammar school, he worked as a delivery boy for a west side candy store. He founded the Buffalo Taxi Service - beginning with a single vehicle - before the age of 20. His taxi business grew considerably over the years. In 1922, he purchased the Yellow Cab Company, and seven years later merged into the Van Dyke Taxi and Transfer Company. The resulting firm was the largest taxi company in western New York. 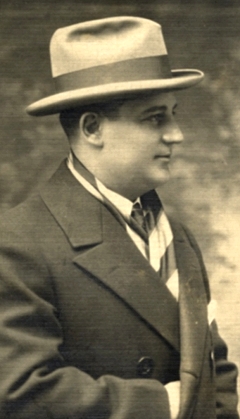 Montana also served as president of the Frontier Liquor Corporation and as an officer of the Empire State Brewery in Olean, New York. In addition, he owned Montana Motors, a Buffalo car dealership.

Politics was another of Montana's interests, and he was a respected Republican leader in the city. Beginning in 1927, he served two terms as a city councilman representing the Niagara District of Buffalo's west side. He was an unsuccessful candidate for the U.S. House of Representatives.

Montana found considerable success in a more secret interest. In the early 1930s, Montana became the Buffalo-based underboss of western New York's regional crime boss Stefano Magaddino. He accompanied Magaddino to a May 1931 conference of Mafiosi hosted by Al Capone in Chicago.

In 1956, the Erie Club, a fraternal organization of Buffalo police officers, voted him the city's "Man of the Year" for his business achievements and civic contributions. The designation became a source of local embarrassment the following year, when Montana was found to be part of the western Buffalo-area delegation to an underworld convention at Apalachin, New York.

Scores of Mafiosi from around the country were rounded up, identified and questioned after New York State Troopers and Treasury Department agents crashed the party at Joseph Barbara's Apalachin home on Nov. 14, 1957. Troopers apprehended Montana as he attempted to flee the Barbara estate through a hilly wooded area. When police reached him, he was tangled in a barbed-wire fence.

During later questioning, Montana offered a feeble explanation for his presence among the gangsters at Apalachin. He was on his way to business meetings in Pennsylvania and New York City, he said, and car trouble near Apalachin forced him to seek assistance at the home of old friend Joseph Barbara.

In 1959, Montana was one of 20 Apalachin attendees charged with conspiring to obstruct justice by refusing to testify truthfully about the gathering. He was convicted and sentenced to four years in prison and a $10,000 fine. The conviction was later reversed, but Montana's reputation suffered irreparable damage.

Montana suffered a heart attack five months after that testimony. He died March 18, 1964, at the age of 70.