Salvatore "Sam" Frangiamore was born Aug. 7, 1905, to Salvatore and Francesca Garofalo Frangiamore of Mussomeli, Sicily. (Mussomeli is an inland town in the province of Caltanissetta.)

His father sailed for America in the spring of 1907, initially staying with the Mistretta family in New York City before moving westward. Sam's older brother Filippo crossed the Atlantic in 1911 and joined Salvatore Sr. briefly in Ralston, PA. The two subsequently settled at 174 Terrace in Buffalo's Italian colony. In that period, numerous immigrants from Mussomeli selected Buffalo as their adopted home. 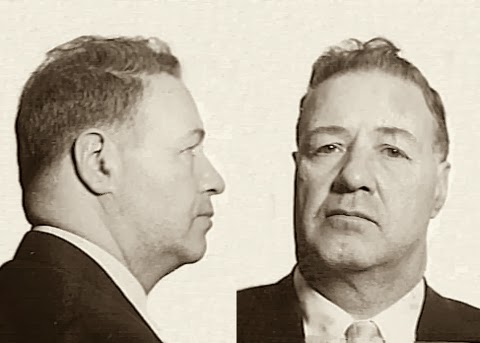 The Frangiamore family was reunited Oct. 10, 1912, when Sam, his mother and sisters Salvatrice (Sarah) and Vincenza (Jenny) reached New York aboard the S.S. Prinzess Irene.

Sam Frangiamore grew up in the Sicilian-Italian neighborhoods along Dante Place (formerly Canal Street). He attended Buffalo Public School No. 2 through the seventh grade. After leaving school at the age of 15, he went to work as a construction laborer.

Sam Frangiamore became a U.S. citizen through the naturalization of his father on March 7, 1921.

Frangiamore was arrested Sept. 2, 1927, as one of three suspects in a western Pennsylvania payroll robbery. The payroll of $15,000 had been stolen from couriers of the Erie PA Electric Company. On Sept. 27, 1928, Frangiamore was convicted of first degree armed robbery. He was sentenced to serve 10-20 years in Western State Penitentiary in Pittsburgh. He served little more than seven years of that sentence, as he was paroled from prison on Christmas Eve of 1935. 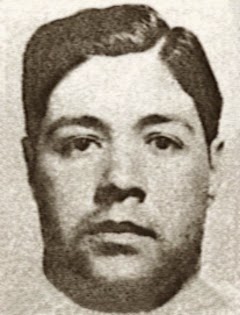 Just a year later, Frangiamore notched his second felony conviction. He was sentenced to 10-20 years in New York's Attica State Prison after being found guilty of first degree assault. While serving time in Attica, he became close to Joseph Fino and Daniel Sansanese, Sr., also serving time on robbery convictions.

Frangiamore was paroled from Attica on Feb. 16, 1944, and relocated to New Jersey. He married Josephine Piazza in Passaic on April 22, 1951.

In 1956, he moved back to Buffalo. A laborer on various construction sites, Frangiamore was a member of the mob-linked Laborers Local 210. At this time, he also became involved in gambling rackets sponsored by the Magaddino Mafia of western New York.

Frangiamore was among the approximately 50 men arrested in New York State Police raids of gambling establishments in the Buffalo region on Oct. 23, 1959. Others arrested were Pasquale Natarelli and Steven Cannarozzo. Police seized more than $50,000 in cash during the raids. Frangiamore and Natarelli were later convicted of conspiring to contrive a lottery. They were sentenced to serve six months in the Erie County Penitentiary.

An Oct. 7, 1966, raid by Buffalo Police and FBI agents at the Blue Banner Social Club resulted in the arrest of Frangiamore and several high-ranking Mafia members on gambling charges. Frangiamore and 35 others were arrested in the May 8, 1967, raid at Panaro's Lounge. They were charged with consorting with known criminals. These charges were later dismissed in Buffalo City Court.

Stefano Magaddino's control over the Buffalo underworld was damaged by the December 1967 imprisonment of his top lieutenants in the city, Frederico Randaccio and Pasquale Natarelli. Magaddino's efforts to rein in the Buffalo mobsters contributed to dissension and eventually to open rebellion.

In July 1969, a rebel underworld faction in Buffalo selected Sam Pieri as its acting boss, Joseph Fino as its acting underboss and Joseph DiCarlo as its acting consigliere. At that time, Frangiamore was elevated to the position of capodecina in the Buffalo Crime Family. 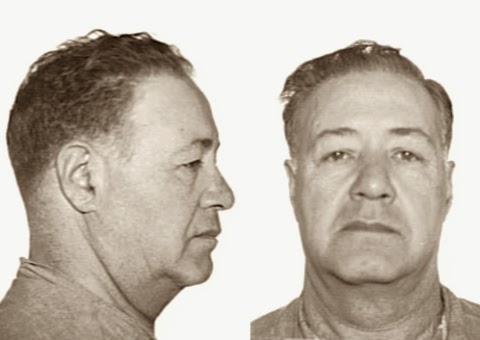 Two years later, with Pieri in prison and Fino facing federal gambling indictments, faction leaders moved Frangiamore into the nominal position of acting boss. The FBI learned of Frangiamore's promotion but decided that he was merely serving as a stand-in for Pieri. The real power in the Buffalo Crime Family at that moment rested with underboss Roy Carlisi and capodecina Daniel Sansanese, Sr. Carlisi and Sansanese hoped that law enforcement would focus its attention on Frangiamore and leave them free to pursue their rackets.

Frangiamore accepted his figurehead position but was uncomfortable with it. With two felony convictions already on his criminal record, the 66-year-old feared that another conviction could result in a life sentence. Informants told the FBI in September 1975 that Frangiamore was acting boss in name only. The Buffalo Crime Family authority reportedly was held by Sam Pieri's brother, Joseph Angelo Pieri.

As the 1978 Nairy's Social Club gambling case closed, the FBI examined the hierarchy of the Buffalo Crime Family and determined that it was led by a triumvirate comprised of Joseph Pieri, Roy Carlisi and Sam Frangiamore. The Bureau concluded that Pieri was the most powerful of the three, with Carlisi serving as underboss and Frangiamore holding a figurehead role to screen the activities of the other two.

Following the death of Carlisi, the Buffalo Crime Family split into factions competing for control of Laborers Local 210. Frangiamore became a key figure in the struggle. He and his nephew Joseph Todaro, Sr., led a group opposed to the Pieri-DiCarlo faction.

The deaths of Joseph DiCarlo in 1980 and Sam Pieri in 1981 weakened the Pieri wing of the crime family and permitted the rise of the Frangiamore-Todaro group. The transition between the Pieri-DiCarlo underworld administration and the new Frangiamore-Todaro regime was completed in autumn of 1984. At that time, Frangiamore retired and allowed Joseph Todaro, Sr., to take over as boss.