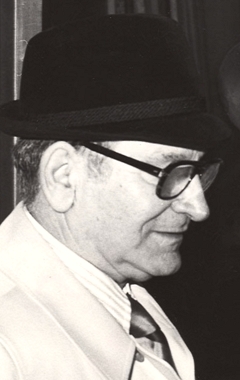 The Fino family moved to western New York when he was a boy. Joseph Fino was an unruly child and a habitual truant from school. At the age of 10, he was sent to Father Baker's Catholic Reformatory in Buffalo and St. John's Protectory reform school in Lackawanna. Before his 16th birthday, he had made more than a dozen appearances in Juvenile Court for offenses including petit larceny, burglary and truancy.

In the spring of 1931, 16-year-old Fino was convicted of burglary and sentenced to one year of probation. After another burglary arrest the following year, he was sent to the New York House of Refuge, a juvenile detention reformatory on Randall's Island in New York City.

Fino received a year sentence in the Erie County Prison following a 1935 conviction for second-degree assault. He was arrested in November 1937 as part of a gang involved in a series of "Lovers' Lane" robberies. Young couples in parked cars in an isolated area of Howard Road were assaulted and robbed by the gang. Fino's record of 22 previous arrests was noted as he was convicted and sentenced to 5-10 years in Attica State Prison. Fino was paroled on Aug. 11, 1943, but returned to the prison five months later as a parole violator. He was released Feb. 14, 1945.

At Attica, Fino developed a close friendship with Daniel Sansanese, who was serving a 30-year sentence for armed robbery. After their release, the two cooperated to manage gambling and loan shark rackets for the Magaddino Crime Family.

Fino, Sansanese and Edward Scillia, all of Buffalo, and Russell Mancuso of Utica were arrested June 19, 1950, and charged with the burglary of the Oxford, NY, American Legion Club. Mancuso pleaded guilty to a misdemeanor unlawful entry charge and received a suspended one-year prison sentence and a $500 fine. Guilty pleas by Fino, Sansanese and Scillia resulted in sentences of two and a half to three years in Attica. They were paroled on Oct. 6, 1953. A few years later, Fino and Scillia were arrested for accepting bets on horse races.

On April 19, 1956, Fino was charged with first degree assault. A complainant identified Fino as the man who fired three gunshots at him from the window of a passing car following an altercation at an Allen Street tavern.

In the 1960s, Fino focused his energies on managing bookmaking, gambling and loan sharking operations for the western New York Mafia. He was closely associated with Mafia leaders in Buffalo and often in company of underlings, such as his brother Nick Fino, Nick Mauro, Ralph Velocci and Salvatore "George Raft" Bonito. He, along with Nick Fino, Mauro and Velocci, were arrested in September 1964 for running a $5,000-a-day bookmaking operation. A jury acquitted the group of bookmaking, convicting them only of the lesser charges of possessing bookmaking records and attempting to destroy evidence.

Fino was among the three dozen men arrested at Panaro's Lounge in May 1967. Charges of consorting with known criminals were dismissed in Buffalo City Court.

Following the imprisonment of Frederico Randaccio, Fino was promoted in 1968 to the position of underboss of the Magaddino Crime Family. The next year, the crime family splintered, as Mafia leaders in Buffalo rebelled against the Niagara Falls-based Magaddino administration. The new Buffalo Crime Family selected Sam Pieri as acting boss, Fino as acting underboss and Joseph DiCarlo as acting consigliere. When Pieri was charged with transporting stolen property in 1970, Fino advanced further to the position of acting boss.

During this period, Buffalo underworld leaders supported the independence of Frank Valenti's criminal organization in Rochester from the Magaddino Mafia. In June, 1970, police officers found leaders of the two rebel organizations - Joseph Fino and Roy Carlisi of Buffalo and Frank Valenti and Rene Piccaretto of Rochester - meeting at a restaurant in Batavia. The group was arrested and charged with loitering and suspicion of intent to commit a crime.

Fino's leadership role in Buffalo made him a top target for federal investigators. In September 1971, a federal grand jury indicted him, Nick Fino, Daniel Sansanese, Sr., and Salvatore Bonito in connection with a multimillion-dollar horse race bookmaking racket. Joseph Fino was found not guilty at trial.

A factional split developed within the Buffalo Crime Family in spring 1973 over whether Victor Randaccio should continue to represent crime family interests in Local 210 of the Laborers Union. Fino, Sansanese and John Cammilleri supported the election of Fino's son Ronald to the business manager post held by Randaccio. The Pieri family, DiCarlo, Carlisi and Joseph Todaro, Sr., remained solidly behind Randaccio. Local 210 voted overwhelmingly for Ronald Fino.

Sam Pieri's December 1973 release from prison restored him to underworld leadership in Buffalo. He quickly took control of Fino's gambling operations. When Fino's close ally Cammilleri resisted, death sentences were issued for both Fino and Cammilleri. Cammilleri was shot to death in May 1974. Fino escaped a similar fate by a fortunate change in plans. He subsequently met with Pieri to negotiate his way out of the death sentence. 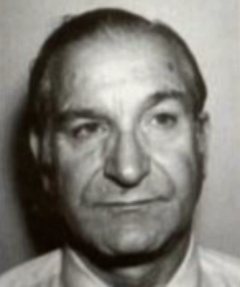 In the spring of 1977, federal indictments resulted from an FBI undercover operation at Buffalo Crime Family gambling parlors. Fino, Pieri and several other underworld figures were charged with conspiracy and operation of an illegal gambling business. Fino pleaded guilty to gambling conspiracy in 1979 and was sentenced to four years of probation and a $7,500 fine.

Fino settled into retirement during his probation. He died following a heart attack on March 13, 1984, the day of his 69th birthday.