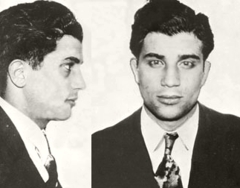 As a member of Buffalo's DiCarlo Gang, Randaccio became acquainted with Pasquale "Pat Titters" Natarelli, John Cammilleri and the Pieri brothers. He also became well acquainted with the local authorities. He was arrested for gambling in 1925 and for bootlegging early in 1926.

In 1928, he was fined $10 after being convicted of third-degree assault. A year later, he and his father were arrested on an open charge and questioned by police in connection with the murder of Joseph Syracuse.

Randaccio was sentenced to ten years in Elmira Reformatory following a September 1930 conviction for first-degree robbery. Released early, he was returned to prison for parole violation and remained there until June 11, 1941.

During the 1940s, Randaccio was closely associated with horserace wire rooms operated by Joseph DiCarlo and John Tronolone. Randaccio was questioned at length following the murder of anti-gambling crusader Edward Pospichal. 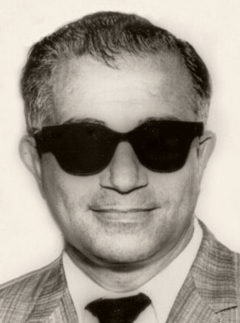 An honorable discharge after six months' service in the U.S. Army in 1945 allowed Randaccio to obtain his U.S. citizenship.

After DiCarlo's move to Youngstown, Ohio, Randaccio became the chief enforcer for Buffalo crime family leaders Vito "Buck Jones" Domiano, Angelo Acquisto and James "Julie" Caputo. Caputo's 1951 death allowed Randaccio to step into the role of Domiano's bodyguard and collector. The deaths of Acquisto in 1956 and Domiano in 1958 drew Randaccio up into the leadership of the western New York crime family commanded by Niagara Falls-based Stefano Magaddino. In 1958, Randaccio was Magaddino's chief lieutenant in Buffalo and overseer of all Mafia gambling operations in the city. At that time, Pasquale Natarelli became Randaccio's right-hand man. Randaccio's accession followed the Mafia's exposure at the Apalachin convention and coincided with an intensification of FBI efforts against racketeers. Randaccio was targeted by the Top Hoodlum Program initiated by FBI Director J. Edgar Hoover. 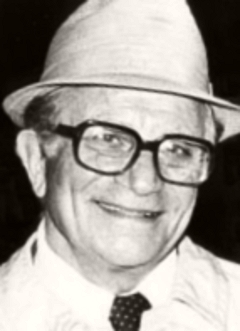 Randaccio was arrested in the May 8, 1967, police raid on Panaro's Lounge. He and 35 others, including Joseph DiCarlo and Pasquale Natarelli, were charged with consorting with known criminals. At the time of the arrests, Randaccio flew into a rage and cursed law enforcement officers. The charges were later dismissed, but Randaccio's behavior and the failure of his political connections to warn him of the raid drew the ire of his boss Magaddino.

In the absence of the Magaddino Crime Family's top two Buffalo administrators, an anti-Magaddino faction took hold in the city's underworld.

Randaccio was paroled from prison at the age of 71. He had served 11 years of his conspiracy sentence. While law enforcement expected him to attempt to seize control of the Mafia in Buffalo, Randaccio instead settled into a quiet semi-retirement.