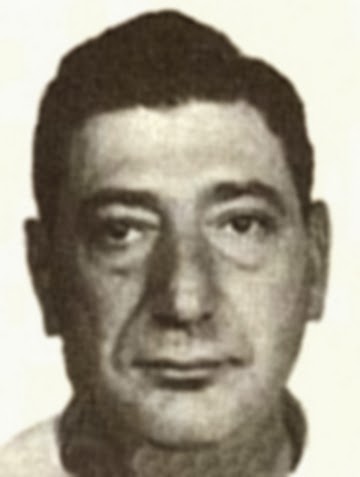 John "Peanuts" Tronolone was born Dec. 12, 1910, in Buffalo. He was the oldest of nine children born to grocer Vincenzo (born in San Fele, Italy, in 1887) and Maria Gnozzo Tronolone (born in New York about 1889). Tronolone was raised in the tenements of Buffalo's Dante Place and reportedly earned his "Peanuts" nickname by giving peanuts to neighborhood children visiting his father's store.

Tronolone was first arrested on Oct. 11, 1925, at the age of 14. He was charged with juvenile delinquency. He was subsequently arrested for gambling in 1926 and 1927 and for disorderly conduct in 1930. The disorderly conduct case resulted in a $15 fine. 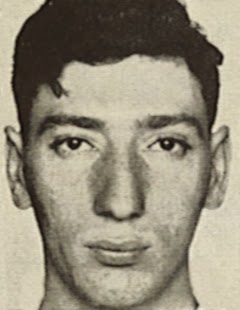 On April 14, 1931, he and two other men were arrested for first-degree robbery. The charges were dismissed when the victim failed to identify the trio.

A police search of Tronolone's vehicle on July 11, 1932, resulted in his arrest for possession of burglar tools. "Peanuts" was traveling with Joseph "Goose" Gatti and Joseph Pieri at the time of his arrest. He was convicted and sentenced to nine months in prison.

By 1933, Tronolone was closely associated with the DiCarlo Gang, led by Joseph DiCarlo. Tronolone served as DiCarlo's chief lieutenant during the gang's efforts to control gambling and bookmaking rackets within the City of Buffalo.

Tronolone, Sam Pieri, Joseph Pieri, Anthony "Lucky" Perna and several other DiCarlo gang members were among the first to be arrested under New York's "Brownell Law" in May 1935. The law was intended to rid cities of "public enemy" racketeers by making the consorting of known criminals illegal. Tronolone, the Pieris and Perna were convicted and sentenced to six-month prison terms. The prison sentences were later suspended due to the newness of the Brownell Law, which had been passed just one week before the arrests. 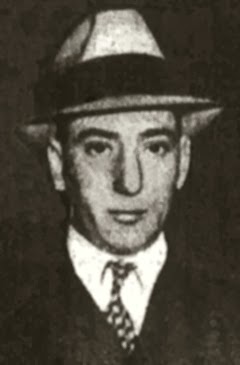 On Jan. 14, 1936, Tronolone, DiCarlo, Perna, Sam Pieri and Joseph Pieri were arrested as suspicious persons as they emerged from a hotel in downtown Cleveland. During their trial, police officers testified that they had trailed the group for several days after their arrival in Cleveland and had observed them visiting local men with long criminal records. DiCarlo, Sam Pieri and Perna were freed. Tronolone and Joseph Pieri were convicted and sentenced to a jail term of 30 days and a fine of $50.

Tronolone and DiCarlo were arrested on an assault charge in August 1936. Roman "Whitey' Kroll complained to police that the two gang leaders had beaten and kicked him after he refused to pay them protection money for his bookmaking operation. At trial in 1937, Kroll testified that he threw his arms up over his head during the assault and could not positively identify his attackers. Tronolone and DiCarlo were acquitted.

A short time later, Tronolone was arrested in a raid of his Pearl Street bookmaking establishment. He pleaded guilty to accepting bets on horse races and was sentenced to one month in the county jail.

In 1945, Tronolone and DiCarlo were convicted of conspiring to violate gambling laws and conspiring in Captain O'Neill's neglect of duty. They received county jail terms of 18 months and fines of $500 each.

Upon their release, DiCarlo decided to end the police harassment of his gambling operations by leaving Buffalo. In 1946, he, Tronolone and several other members of the DiCarlo Gang relocated to Youngstown, Ohio. Under the supervision of James Licavoli, then a capodecina of the Cleveland Mafia, they took control of local bookmaking and gambling operations.

Tronolone relocated to the Miami, Florida, area in 1948. He was joined there by DiCarlo's brother Sam and began bookmaking and gambling rackets in south Florida. In the region, Tronolone associated with retired Cleveland Mafia boss John "King" Angersola and Detroit Mafioso Joseph Massei.

In the 1960s, Tronolone operated the Tahiti Bar and the Peter Pan Travel Agency in Miami Beach. Both served as fronts for gambling and loan sharking rackets. He was arrested for operating gambling establishments in 1962 and 1967, but those charges were dismissed in court.

Tronolone's 1971 conviction on charges of operating a multimillion-dollar bookmaking racket in Florida's Palm Beach, Broward and Dade Counties resulted in a sentence of two years' probation and a $1,000 fine. 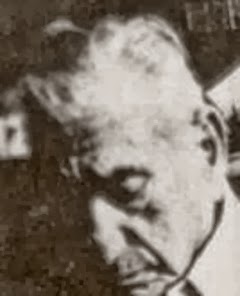 During the 1980s, Tronolone assumed control of the Cleveland Mafia - the second of Joseph DiCarlo's former lieutenants to become a Mafia boss. Tronolone filled a leadership vacuum after boss James Licavoli was convicted of federal RICO charges and sentenced to seventeen years in prison, and underboss Angelo Lonardo was sentenced to life in prison on a drug trafficking conviction.

Lonardo agreed to cooperate with authorities and was placed in the federal Witness Protection Program. Information he provided helped secure indictments against Tronolone and several other Mafia bosses for racketeering. Tronolone was the only defendant acquitted at trial.

In February of 1989, Tronolone was charged with racketeering, bookmaking, loan sharking and dealing in stolen property. He was alleged to have accepted a payoff of stolen diamonds from an undercover Broward County sheriff's deputy in payment of bookmaking and loan sharking debts. He was convicted, and on Dec. 6, 1990, six days before his 80th birthday, he was sentenced to nine years in prison.

"Peanuts" Tronolone died of complications from a heart condition on May 29, 1991, before the start of his prison sentence.